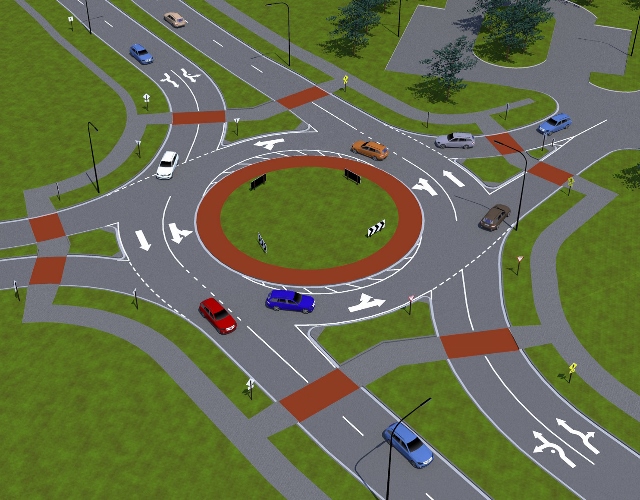 Marion is currently home to two full-size roundabouts along the Tower Terrace Road corridor and a mini-roundabout at the intersection of 29th Avenue and 35th Street.

A full-size roundabout at 7th Avenue and 7th Street opened in November 2016 as part of the larger Central Corridor Project. On the east end, a roundabout is being built over the existing Marion Iron location and will eventually connect 6th and 7th Avenues between 26th and 31st Streets.

While roundabouts are a relatively new type of intersection in Iowa, they are becoming more common. In addition to improved traffic flow, the safety gains are compelling.

Studies by the Insurance Institute for Highway Safety show that roundabouts provide a:

Since roundabouts are currently rare around the United States, all types of drivers may experience initial confusion upon their first encounter. However, as roundabouts become more common and motorists become more familiar with their operation, the initial confusion will be significantly reduced. Most people quickly learn their operation. Plus, because of the low speeds, there is generally much less risk of a crash or injury compared to a traditional intersection.