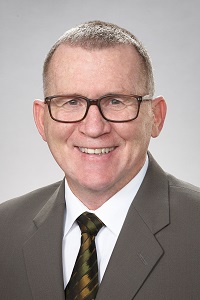 Steve Jensen was elected to represent Ward 2 on Marion City Council in November 2017.

Steve has been a resident of Marion for 55 years, having retired in March 2017. He feels some of the key issues facing Marion include tax base diversification with a need for an expanded commercial/industrial tax base, completion of Tower Terrace Road and being cognizant of our city’s past, while looking to the future, and continued wise spending.

Steve brings a strong financial background to the position, having served as a CPA, CFO, president and commercial loan officer over the course of his career. He has held leadership positions on the board of directors for Marion Economic Development Corporation (MEDCO), Marion Chamber of Commerce, Marion Planning & Zoning Commission and the YMCA.

Steve and his wife have two children, a foreign exchange daughter and eight grandchildren living in the Marion and Cedar Rapids area.