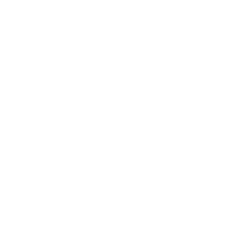 The City of Marion was the first city in the Cedar Rapids metro area to adopt the Home Rule Charter form of government, making the change on Jan. 2, 1976. The Charter provides for the appointment of a city manager. In this form of government:
• City Council determines all municipal policies such as the Strategic Plan and City Budget, adopts ordinances and appoints the City Manager, the chief administrative officer for the City.
• The Council is the governing body of the City; the City Manager is its agent in carrying out the policies established by Council, and ensuring that all departments operate efficiently and economically.

The City of Marion is divided into four Council wards of substantially equal population. These wards are designated as Council Wards 1, 2, 3 and 4.

City Council members can be contacted in writing, via email or by phone. Contact information for City of Marion elected officials is provided.

City Council meets in work session the first and third Tuesday of each month at 4:00 p.m. Regular session meetings are held at 5:30 p.m. on the Thursday following each work session. The meeting schedule may change if the scheduled meeting falls on a holiday.

Meetings are held in the Council Chambers at Marion City Hall at 1225 6th Avenue in Marion. All Council meetings are open to the public.