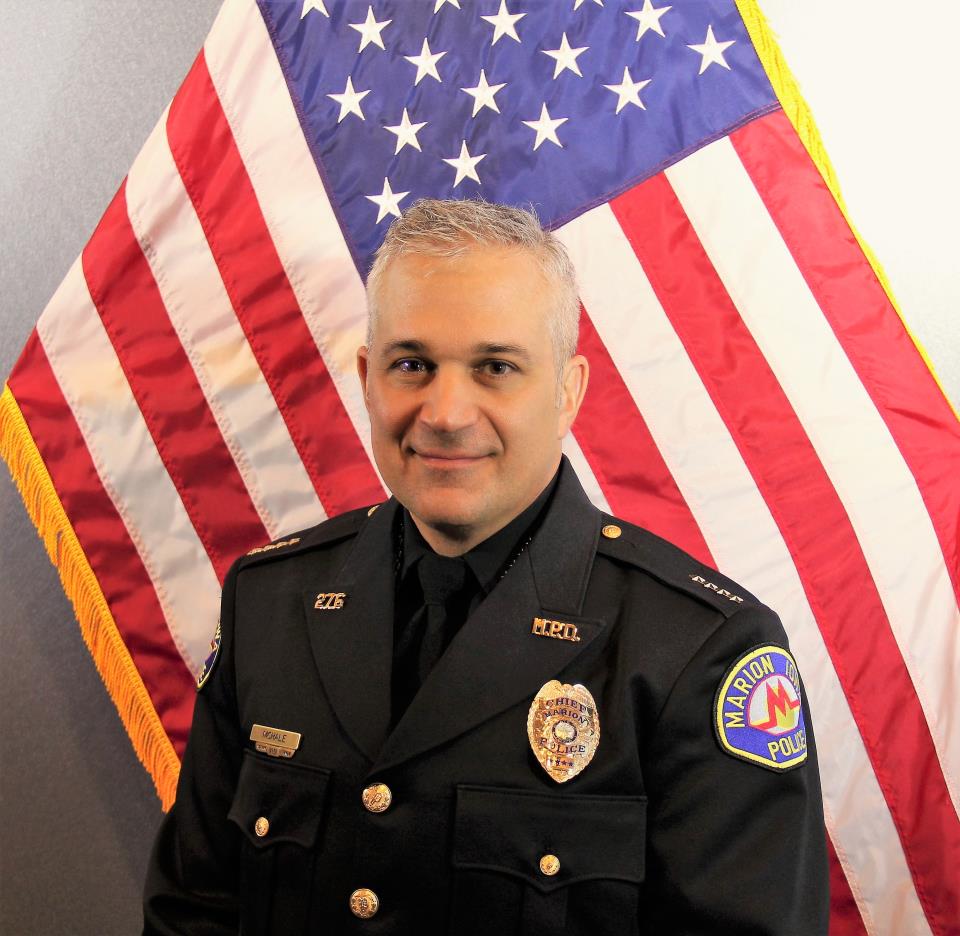 Marion Police Chief Joseph McHale has submitted his resignation to City Manager Lon Pluckhahn and the Marion City Council effective June 3. McHale accepted an opportunity to pursue a career in the private sector. He and his family will be relocating to Florida.

McHale joined the City of Marion in December 2016. He was responsible for the administration, coordination and oversight of the Marion Police Department, providing leadership to a staff of 46 sworn officers and 6 civilian employees.

“We are a stronger organization having had Joe McHale as our chief of police,” said Marion Mayor Nicolas AbouAssaly. “He and his family will be greatly missed, but his leadership has positioned the agency well for the next chapter. We wish him all the best.”

Prior to relocating to Marion, McHale served on the Kansas City Missouri Police Department for 25 years. He remains a subject matter expert with the United States Bureau of Justice Assistance.

“I am so grateful to have had this opportunity,” said McHale. “The Marion Police Department is a leader among law enforcement agencies. My utmost appreciation to the staff, City leaders and community for entrusting me as your police chief. Marion will always hold a special place in my heart.”

The Marion Civil Service Commission and City Manager Lon Pluckhahn will meet to determine next steps in finding a replacement.