The Sullivan Brothers' Award of Valor is awarded to peace officers and firefighters who, while serving in an official capacity, distinguished themselves by the performance of an heroic act in excess of normal demands of police or fire service where the person was fully aware of the threat to his/her personal safety.

On Dec. 8, 2016, the Marion Police and Fire Departments responded to the report of a semi roll-over on Highway 151 near Stone Road. Upon arriving, the responding firefighter/paramedics were directed to a pond where a semi-cab was almost entirely submerged about 30-40 feet from the shore. Witnesses on scene did not see anyone get out of the cab or the water.

The four firefighters entered the water wearing ice rescue wetsuits. After removing the side rear window of the sleeper cab the driver’s voice became audible. The driver was trapped in the front of the cab with his head above water in an air pocket.

A cordless reciprocating saw and air chisel were used to cut a hole between the rear passenger window and the sunroof of the cab. This took time and excruciating effort by all four rescuers, due to the difficulty of trying to remain steady in frigid water and maintain body support to operate the extrication tools. The fight to get the driver out took about 50 minutes. As a result of their collective efforts, they saved a man’s life.

The annual Sullivan Brothers’ Award of Valor Ceremony, hosted by the Iowa Department of Public Safety, will take place at 10:30 a.m. on Monday, Nov. 20 at the State Capitol Rotunda. 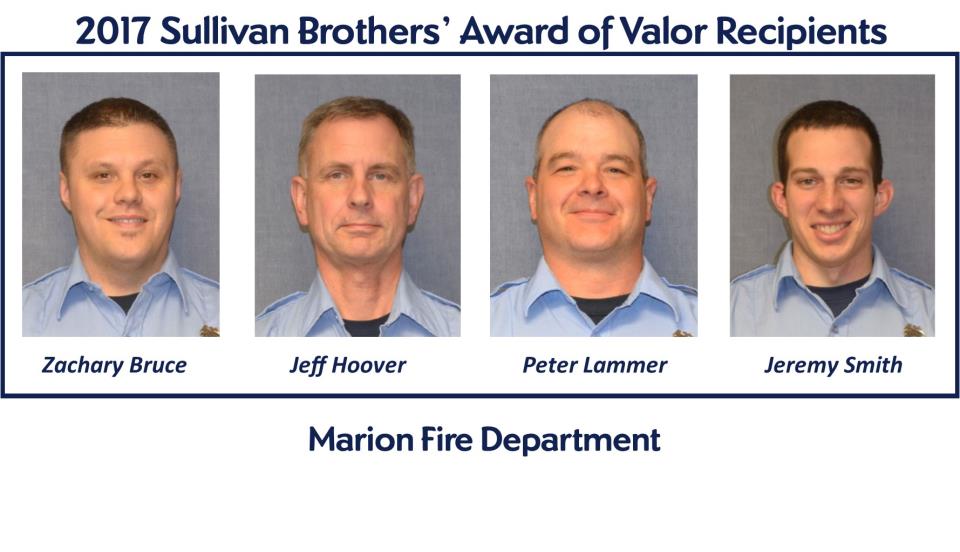